We are at a hinge moment, when the relationship between people and their data will be defined for future generations. Frank Rose reviews a pair of books about consumer data and privacy: "Data for the People" by Andreas Weigend and "The Aisles Have Eyes" by Joseph Turow.

FIFTEEN YEARS AGO, Steven Spielberg gave us one of the most memorable images in 21st-century cinema: Tom Cruise striding through a shopping center amid a cacophony of electronic ads calling out to his character by name. Some were smooth and purring: “Lexus. The road you’re on, John Anderton, is the one less travelled.” Others were blunt: “John Anderton! You could use a Guinness right about now.” The movie was Minority Report, and though the scene lasted barely a minute, it provoked a visceral response in audiences. At the time, targeted advertising was a novelty, even online—but it wasn’t hard to imagine Google’s search ads ported to the physical world and tethered not just to a person’s internet queries but to his entire identity. And what struck most people as a nightmare sounded to marketers, weirdly enough, like an incredible opportunity. 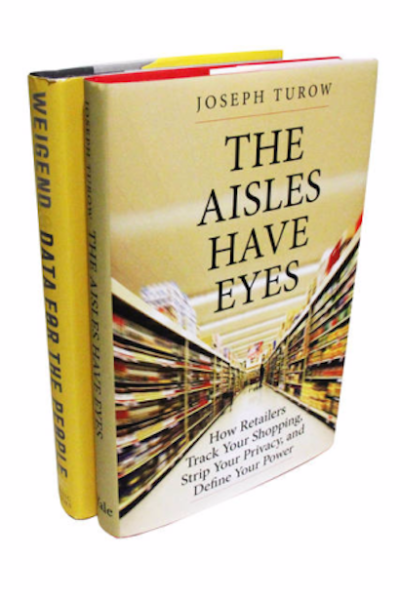 DATA FOR THE PEOPLE: How to Make Our Post-Privacy Economy Work for You, by Andreas Weigend. Basic, 299 pages, $27.99
THE AISLES HAVE EYES: How Retailers Track Your Shopping, Strip Your Privacy, and Define Your Power, by Joseph Turow. Yale, 331 pages, $30

Fast‑forward to 2017. The future Mr. Spiel­berg predicted is fast approach­ing, and Joseph Turow, a professor at the Uni­versity of Penn­sylvania’s Annen­berg School for Communi­ca­tion, finds it as irredeem­ably creepy as movie­goers did in 2002. In The Aisles Have Eyes: How Retailers Track Your Shopping, Strip Your Privacy, and Define Your Power, Mr. Turow shows shopping today to be an exer­cise in unwitting self-revelation—and not only online. Carry a smart­phone? Thanks to Wi-Fi, Bluetooth, down­load­able apps and mobile wal­lets, it’s broad­casting your presence—and probably your name, email address, pur­chasing history, social con­tacts and “likes” as well—to stores you walk into or even pass by. Ads might not yet be calling out to you by name, but they certainly know who you are and where.

The technology behind this is new, but the impulse isn’t. In the pre-industrial era, Mr. Turow points out, mer­chants knew their cus­tomers by name. Industri­aliza­tion brought vastly more cus­tomers but de-personalized the rela­tion­ship. Department store executives and super­market managers weren’t happy operating in the dark but had little choice. Then, in the 1970s, the bar­code gave them a way to iden­tify individual buying patterns. In the ’90s, online “cookies” made it easy to track peo­ple as they surfed the web. Now, with eight out of ten U.S. adults and teens carrying a smart­phone, retailers can identify shop­pers on the fly. Digital tech­nology has trans­formed the undifferenti­ated masses back into identi­fiable individuals, this time at scale. Most of us are conflicted about this, Mr. Turow’s research shows. We don’t want com­panies knowing too much about us, but we do kind of like the per­son­aliza­tion that results. We have little idea what to do about it in any case.

The Aisles Have Eyes aspires to be a call to arms, but despite its Twilight Zone title, it’s hardly more read­able than those online user agree­ments we have little choice but to “accept.” Andreas Wei­gend’s Data for the People: How to Make Our Post-Privacy Economy Work for You takes a different tack. Instead of advo­cat­ing for a 20th-century con­cept of privacy, Mr. Weigend, the former chief scien­tist at Amazon, states bluntly that we have en­tered a new era and challenges us to respond.

In a digital environ­ment, we emit data as unthinkingly as we breathe; anonymity is an illu­sion. Or as Mr. Weigend puts it, playing off an iconic 1993 New Yorker cartoon, “On the internet, everybody knows you’re a dog.” So, what to do in this post-privacy world—clean up your Facebook profile? It’s never smart to advertise your college boozing experience to employers, but don’t expect to hide much. People unwittingly reveal key personality traits even when curating their image, research shows, and Facebook’s face-recognition software—somewhat disturbingly known as DeepFace—is sufficiently advanced that your worst moments may turn up anyway in someone else’s feed. And while the European Union’s top court now insists on a “right to be forgotten” by search engines, do you really want to rely on a bureaucratic mechanism that cumbersome and arbitrary?

We don’t want companies knowing too much about us, but we kind of like the personalization. In any case, we don’t know what to do about it.

Or maybe we should demand “nanopayments” for the data we generate, as Jaron Lanier proposed in his 2013 book Who Owns the Future? That might impose a certain cost on companies, but don’t go hoping for a windfall: Mr. Weigend calculates that, if Facebook gave back its entire profit to its users, each would collect approximately $3.50 per year. We already get far more than that, in the form of a website that keeps us in constant touch with friends and relatives while magically filtering out anything we don’t want to hear. The same value proposition holds for Google and other “social data” refineries that offer services like information search and driving directions—not for free but as part of a data exchange.

Few would dispute Mr. Weigend’s assertion that we’re at a “hinge moment,” when the relationship between people and their data will be defined for future generations. The author makes a strong case for what we need—the right to amend or blur the data that pertains to us, the freedom to experiment with it and take it with us to other sites and services, and the ability to insist that data refineries be clear about how they’re using our information. Unfortunately, he’s better at enumerating these rights than at explaining how we can assert them. At one point he advocates collective action to force the data refineries to respond, but more often he tries to skate by on we-the-people bromides. He’s too realistic to expect data companies to grant access out of the goodness of their silicon hearts, and he clearly views government regulation as a last resort. And of course it’s not just the private sector that’s hoovering up information; governments are doing the same, raising the all-too-real possibility that post-privacy could mean post-freedom. But these, apparently, are issues for another book. ■ 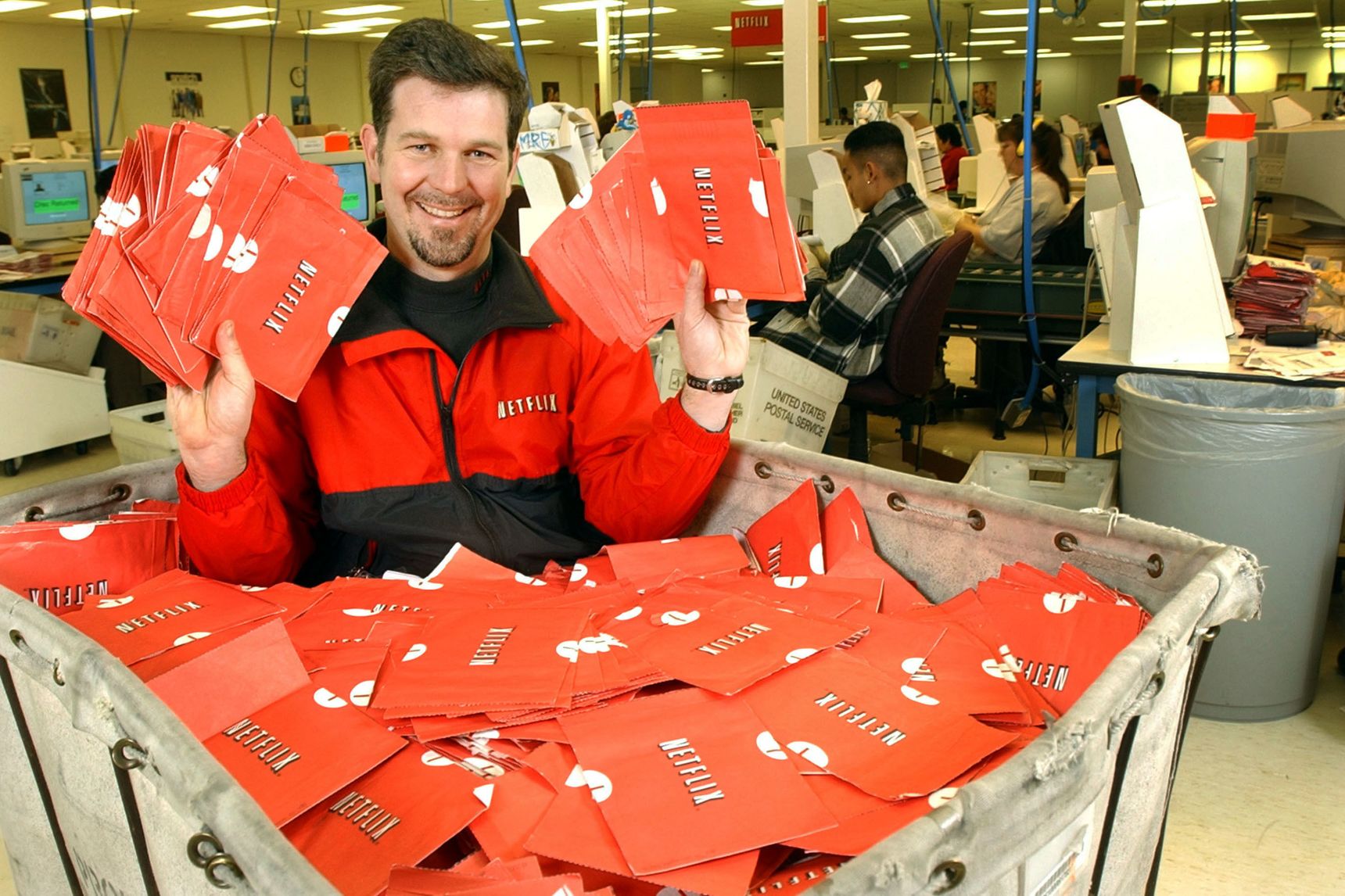 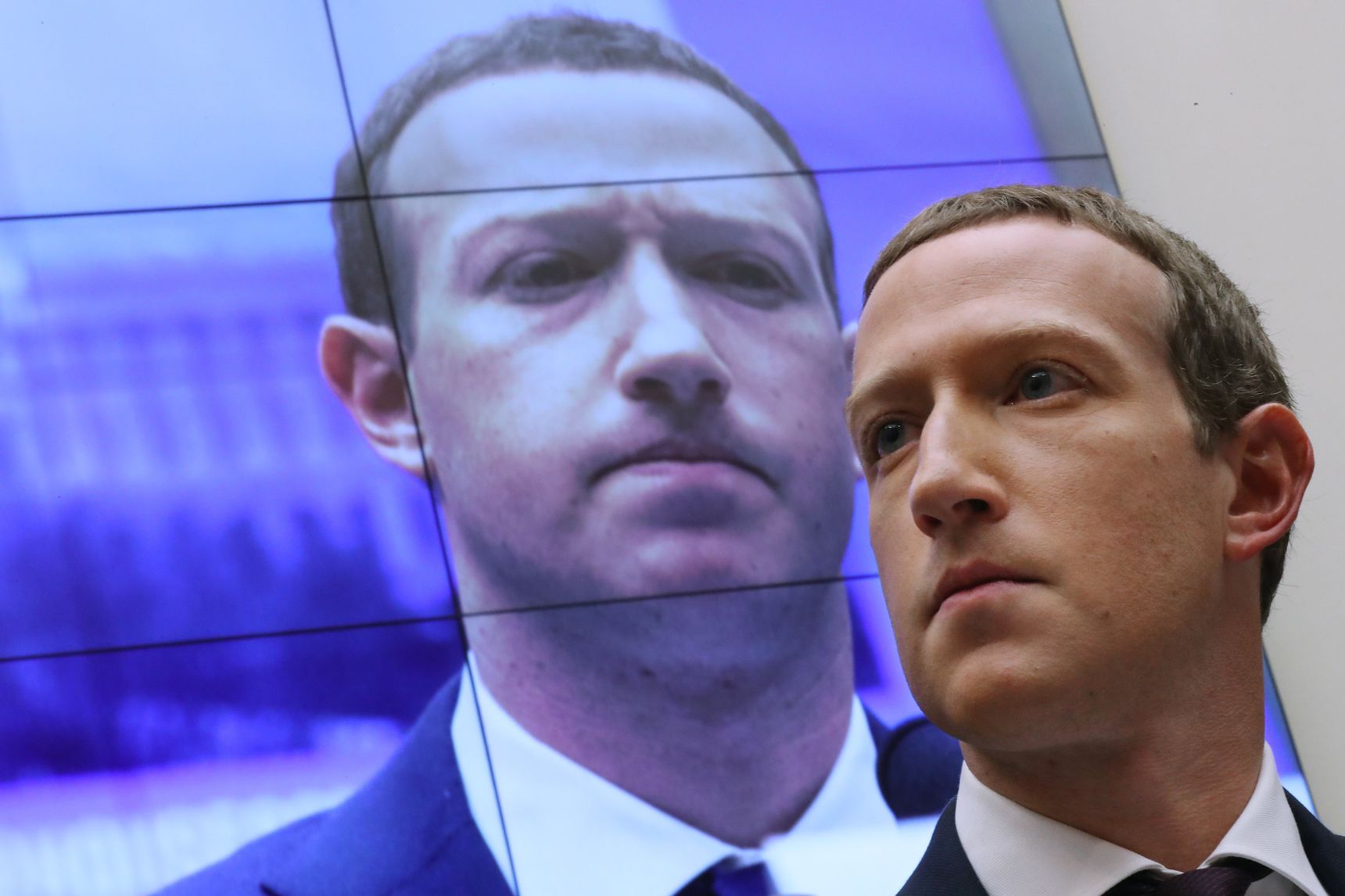 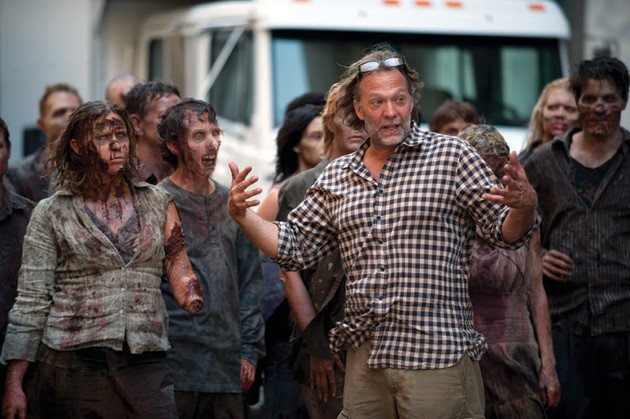 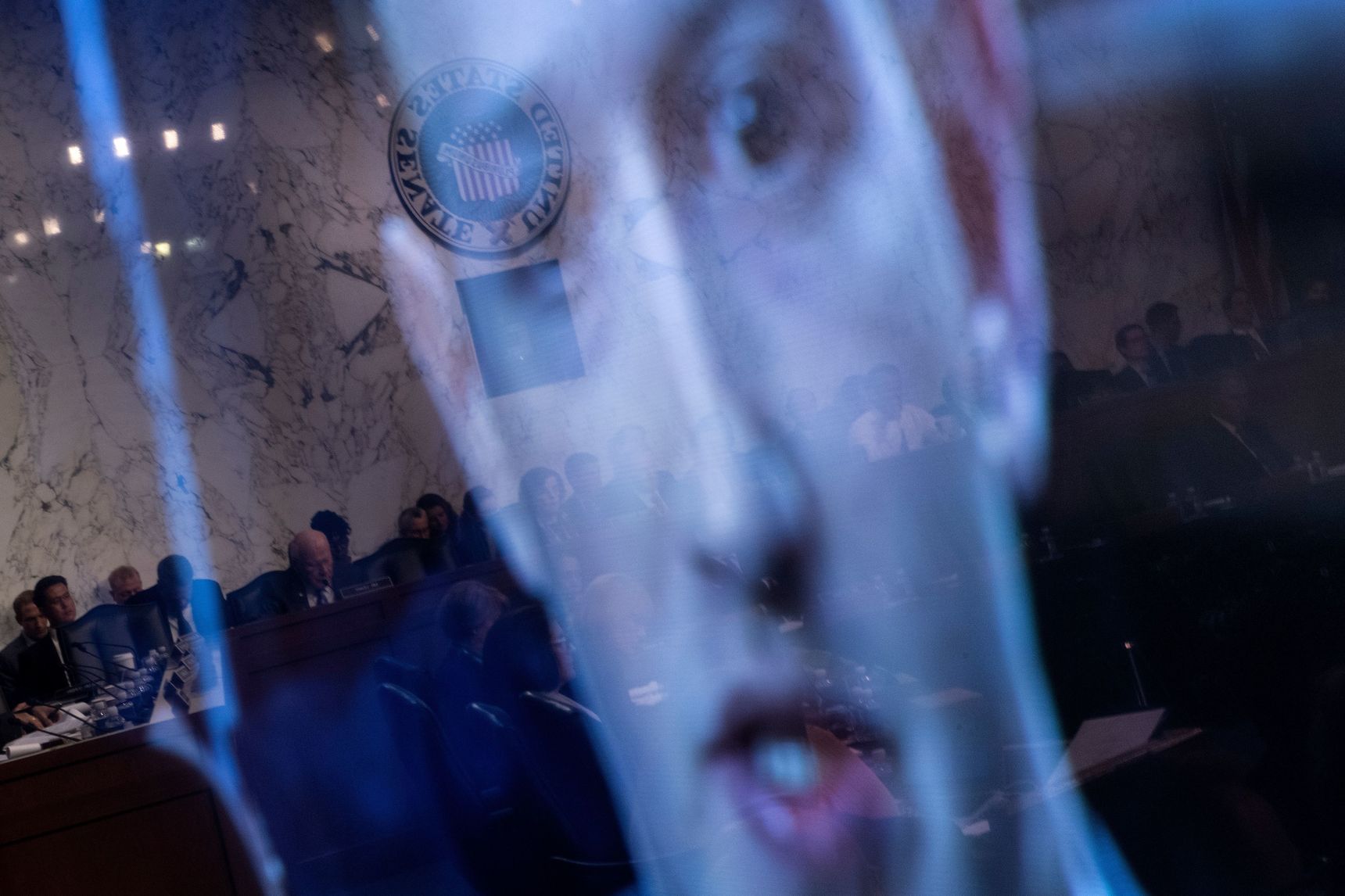 Tech companies have shown themselves to be increasingly cavalier with our personal data. Are we handing over too much information? “The Age of Surveillance Capitalism,” by Shoshana Zuboff.