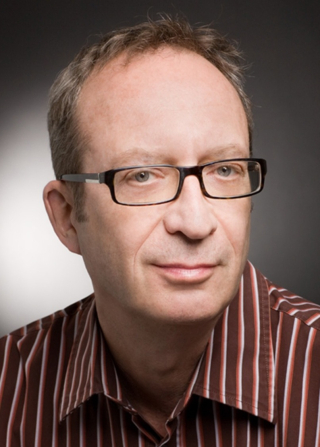 Frank Rose is the author most re­cently of The Art of Im­mer­sion: How the Digital Gen­era­tion Is Remak­ing Holly­wood, Mad­ison Ave­nue, and the Way We Tell Stories, a landmark book that shows how tec­hnol­ogy is chang­ing the ven­erable art of sto­rytelling. Sparked by a decade of re­porting for Wired, it has been called “a grand trip” by New Scientist and “a new media bible” by the Italian daily la Re­pubblica.

Frank speaks fre­quently on the power of im­mersive story­telling. He has given key­notes at ad:tech Syd­ney, the Film4 Innovation Summit, The Guar­dian's Changing Media Summit, and Shef­field Doc/Fest; debated the future of media at South by South­west, Ars Elec­tronica, and MIT; and lec­tured at Stanford, USC, and NYU. He has addressed global mar­keting summits at Timber­land and Uni­lever, joined R&D sym­po­sia at the Mu­seum of Modern Art and the BBC, and taken part in speak­er series at Goo­gle and Lu­casfilm.

A senior fellow at Colum­bia University School of the Arts, Frank teach­es global busi­ness execu­tives as faculty director of the execu­tive edu­ca­tion seminar Strategic Story­telling, presented in part­nership with Colum­bia Business School. He is also the awards director of Columbia's pioneer­ing Digital Story­telling Lab, where in 2016 he launched the annual Digital Dozen: Break­throughs in Story­telling awards to honor the most innovative approaches to narra­tive from the past year.

A native of Virginia, Frank graduated from Wash­ington & Lee with a degree in journalism and moved soon after to New York. He got his start covering the punk scene at CBGB for The Village Voice, chronicling the emergence of Patti Smith, the Ramones, and Talking Heads. As a contributing editor at Esquire in the early ’80s he began to docu­ment a variety of highly idio­syn­cratic sub­cultures—new wave in New York, generals and bu­reaucrats in the Pentagon, Chris­tian surfers in southern California, entre­preneurs in Silicon Valley. One of the first national maga­zine writers to start reporting on digital tech­nology, he stepped into the cont­roversy around arti­ficial intel­ligence with Into the Heart of the Mind, a national best-seller about researchers at Berke­ley trying to pro­gram a com­puter with common sense.

In his next book, West of Eden: The End of Innocence at Apple Computer, Frank delved into the cult of Mac­intosh and the power struggle between Steve Jobs and John Sculley that ended with Jobs being expelled from the company. Now avail­able in an updated edition, it too became a national best-seller and was named one of the ten best busi­ness books of 1989 by Businessweek. He then turned his atten­tion to Holly­wood, becoming a contributing writer at Premiere and profiling such figures as Jeffrey Katzen­berg and Tim Burton. At the urging of legendary “su­peragent” Sue Mengers, he turned a story on turmoil at William Morris into The Agency: William Morris and the Hidden His­tory of Show Business, a multi-generational saga of loyalty and betrayal at what had once been the leading talent shop in Hollywood.

In 1997 he became a contributing writer at Fortune, where he expanded his focus from Holly­wood to the global media con­glomerates that dominate it. Two years later he joined Wired as a contributing editor and over the next decade covered such stories as the making of James Cameron’s Avatar, Samsung and the rise of the South Korean techno-state, and the posthumous career of Philip K. Dick in Hollywood. His essays and reporting have also appeared in The New York Times and The New York Times Magazine, the Los Angeles Times, The Atlantic, New York, The New Yorker online, Rolling Stone, strategy+business, Travel+Leisure (where he was a contributing editor in the late ’90s), Vanity Fair, and The Wall Street Journal. In addition to his speaking and academic work, he currently writes on art for the Times and books for the Journal and is working on a new book, to be published by Norton in 2021, that will revisit the phenomenon he explored in The Art of Immersion ten years on—this time with an emphasis on how. ■