Ad sense? Googlenomics and the tyranny of click-through 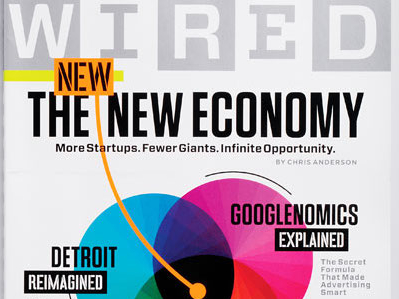 The June issue of Wired has a provocative piece by my colleague Steven Levy on Googlenomics—that is, Google’s extraordinary success at transforming the ad business from the martini-fueled ego bash portrayed in Mad Men to the highly automated, algorithmic exercise that is search advertising today. But the story only glancingly addresses the connection between Googlenomics and the overall state of online advertising, which is not healthy. Advertising, virtually all of it search-related, brought Google more than $21 billion in revenue last year, accounting for 97 percent of the company’s gross income (and funding, among many other things, the phenomenal money pit that is YouTube). In the US, Google search advertising—almost all of it priced on a cost-per-click basis—accounted for close to 45 percent of the total Internet ad-revenue tally reported by the Interactive Advertising Bureau.

The Google model assumes that if your ad isn’t clicked on, it’s worthless—and in the case of the short text ads Google places next to search results, that’s pretty close to true. But what about everything else? Search-related advertising does little or nothing to build a brand, but online video and display ads are devalued because they don’t generate comparable click-through rates. Web video accounted for just 3 percent of the money spent last year on online advertising, according to the IAB. There are a number of reasons, but the key one is this: Ad people tend to buy what they can measure. Yet for brand advertising, click-throughs offer a measure of engagement that’s as seductive as it is meaningless. And as a result, brand advertising is languishing on the Web.

Last week I had dinner with Mike Chapman, editor of Adweek, and Dean Donaldson, strategy chief of the London-based ad technology firm Eyeblaster. Donaldson was touting a measure of engagement he calls dwell time—that is, how long users spend actively engaged with an online ad. “Actively engaged” can mean any number of things, from mousing over a banner to playing a video ad. It’s not quite as cut-and-dried a measurement as click-through, but it gets a lot closer to the kind of user behavior that actually matters. Like whether or not anyone is paying attention.

Consider the synched banner ads that Lee Clow and TBWA have been creating for Apple. I’m not likely to click on an Apple ad any time soon—I already have a MacBook and an AirPort and an iPhone and a couple of iPods and way more earbuds than I will ever have ears. But I’ve talked with countless people recently about how much fun the animated “Mac vs. PC” ads are—the ones that stage a dialogue with one another while your Web page loads.

A brand is nothing more than a product with a story to tell, and like everyone else I respond, internally and perhaps immeasurably, to a brand that tells its story in an engaging way. Google has developed some super-duper algorithms, and it’s easy to see why media buyers have become so enamored of them. But algorithms don’t tell stories—at least, not to humans. “We’ve toiled under the tyranny of the click for too long,” IAB chief Randall Rothenberg declared in a recent speech, taking his cue perhaps from Keanu Reeves in The Matrix. Apparently Google itself agrees: Earlier this month, Adweek reported the company was about to launch a brand-awareness effort for Chrome, its new Web  browser. Online? Pay-per-click? No, actually, in a TV campaign—Google’s first.

Hi, Frank. Great post. It reminded me how vulnerable Google really is. We forget that for all the innovation that is borne of Google, only Search makes them money. We also forget that Google didn't invent search, indeed there were generations of engines that came before it. Google did succeed in making the experience better than what currently existed. Surely it won’t stop here... there will be continued innovation, and if it doesn't come from Google nothing will stop users from taking their clicking fingers elsewhere… even they still enjoy Google's other tools. Brand loyalty for search engines is exceedingly weak, just ask Altavista and Lycos.

Also, Eyeblaster's global HQ is in New York. And the data to which Dean Donaldson refers can be download here: http://tinyurl.com/GetConversionsPaper