Ubisoft’s ‘Avatar, The Game’: Are they building a world, or marketing a movie? 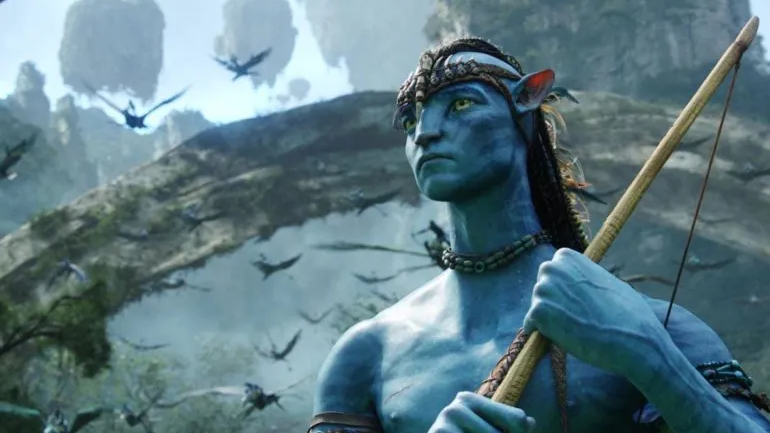 Ubisoft, developers of Avatar: The Game, are fond of saying that the world of Pandora can be experienced through both their game and James Cameron’s movie. This ability to explore a fictional universe in multiple media and through multiple storylines has been the goal of many failed efforts, most notably Enter The Matrix. So it was up to the team at Ubisoft Montreal, makers of Assassin’s Creed II and Prince of Persia, to assuage the doubts of skeptics and live up to the promises made in their developer diaries. Unfortunately, Avatar: The Game offers all too little insight into Avatar the universe.

It’s no secret that movie tie-in games are generally atrocious. Just this year we’ve had the displeasure of experiencing another round of The Lord Of The Rings games, Terminator Salvation, The Godfather II, Up, and a slew of others. It’s not just that these games were poorly designed and hastily put together; they are also unabashedly derivative. None of them provide more in terms of story than their cinematic counterparts; instead of offering a fresh experience, they expect players to play through a plot they’ve already seen at the theatre. Even the few titles whose developers were given the time and license to provide compelling gameplay—King Kong and X-Men Origins: Wolverine, for instance—fell victim to the issues of poorly constructed games: Their storyline and characters felt all too familiar.

A rare few have succeeded in being more than being a decent clone. The first Riddick game, The Chronicles of Riddick: Escape from Butcher Bay, not only pushed the boundaries of first-person combat and stealth but created a new story arc separate from, but consistent with, the films. As Riddick, the player could experience first-hand what being a feared, ultra-violent assassin was like without knowing every plot twist. But Starbreeze wasn’t finished there: The developers released another game in the series (the only film-game sequel I can think of besides Star Wars), Assault on Dark Athena, that built on their previous success and added yet more mythology to the Riddick canon.

In 2003, Enter The Matrix had promised to bring the integration of games and film even closer. Conceptually, the idea was brilliant. The writers of The Matrix Reloaded—the second movie in the series—created a subplot that would be seen only in a very peripheral way through the movie. The game put the player in control of the characters introduced in this subplot, letting the player watch the movie’s story unfold from a completely different perspective in an interactive environment. But even great ideas can falter with poor execution.

Though hailed by its developers and the filmmakers for its revolutionary integration with the movie, Enter The Matrix was rushed to market and turned out to be a lackluster game. Even worse, diehard fans of the movies had no choice but to play through the game if they really wanted to know everything there was to know about the story. As Steven Poole observed in Edge, “with its massively hyped synergy and narrative overlap with Reloaded . . . it seems the film itself has been deliberately made to suffer, to donate some of its lifeblood so that its vampiric brood can feed on it.”

To combat the curse of game-movie tie-ins, Cameron brought in Ubisoft almost three years ago, while Avatar was still in pre-production, and gave them access to the film’s assets and lore, just as Peter Jackson had done with King Kong. To win the Avatar bid, they had to convince Cameron not only that they understood the movie, but that they had the ability to translate its message about human greed to gamers.

In the game you play as Ryder, a signals specialist who lands on Pandora two years prior to the events of the film. Once you are there, the head officer of the RDA (the human military) instructs you to complete such menial tasks as wiping out infestations of viperwolves and repairing radar stations. Soon you are informed that Ryder has unique DNA that makes him a perfect candidate for the RDA’s “avatar” program and are tasked with connecting to your Na’vi host. But the player is given very little insight into what is happening on Pandora, who the Na’vi are, why the RDA is there, and what the purpose of the avatar program is or how it works. Presumably, these questions will be answered once the movie is released on Dec. 18, but after so much hype, fans will be annoyed by the tease. Unlike the Riddick games or Enter The Matrix, the Avatar storyline is more mystifying than illuminating.

The same can be said for the game itself. Cut scenes with insignificant and poorly acted dialogue between one-dimensional characters end up just confusing the player. After playing through to the end of the PlayStation 3 game, I was still unsure what a harmonic is, what an avatar is, what a Well of Souls is, what the First Voice is, and generally what had gone on over the past 15 or so hours—the time it takes to complete both “paths” in the game.

Much has been made about Avatar being two games. Ubisoft and Cameron wanted to give players the ability to experience Pandora from both sides, that of the Na’vi and the RDA. So about three hours into the game, you are placed in a situation where you must choose between the Na’vi and the RDA, as Jake (played by Sam Worthington) must do in the movie.

But unlike Jake, the player really has no loyalties either way, so the choice isn’t a particularly hard one to make. For myself, it was obvious that siding with the pillaging, greedy, genocidal RDA was not the right thing to do. But to experience the whole game you will eventually have to make the opposite decision, even though that conflicts with your better judgment. This is liable to leave you feeling that the “choice” isn’t really a choice at all—just a mechanism to let you decide what character class you’d like to be.

Developers have also claimed that the game allows the player to interact with Pandora, experiencing the creatures and plants that live there and the machines that are plundering it. Playing as the RDA, you destroy anything from pineapples to harmless, mole-like animals. As a Na’vi, you are more attuned to Eywa, some sort of all-controlling spirit that resides within Pandora. This means you can ride animals and sometimes even have them join you in battle. But while it may be integral to the movie, the experience of interacting with the world in the game is poorly conceived. For the most part it feels as though Pandora is indifferent to whether the Na’vi win or lose. And while plants and animals attack you if you’re with the RDA, you don’t feel the kind of suffocation that such a hostile environment should create.

Then there’s Avatar‘s gameplay, which I found to be a tedious, boring and mostly irritating experience. The faults are too numerous to list in their entirety, but they include unbalanced, awkward combat; poor camera positioning; bland, repetitive enemy design; a boring multitude of fetch quests; unintelligent AI, and amazing amounts of “filler” gameplay, forcing you to retrace your steps on multiple occasions and to wait in airlocks and elevators for long periods of time. Though the game doesn’t seem broken in any respect, it’s executed with such a lack of care that it’s hard to believe Ubisoft could have been working on it for three years.

It’s even harder to know how Ubisoft Montreal, having released many outstanding titles, failed so utterly to deliver what they had promised. The Ubisoft team must have been under a lot of pressure, since they had to develop at least three different games for six separate systems. But having them work on that many platforms suggests a more insidious problem: that the game is nothing more than a marketing push for the movie. Being released more than two weeks prior to the film, hitting the largest possible audience and leaving you confused and mystified by saying nothing about the Avatar universe that you couldn’t glean from trailers, it seems that the primary purpose of Avatar: The Game is to help fill theaters.

Though Enter The Matrix ultimately failed to impress, its underlying premise, to seamlessly integrate film and games, made it a title worth remembering. The Riddick games will be recalled as some of the first film-game conversions to implement never-before-seen game mechanics within a compelling storyline filled with memorable characters. While not pushing new boundaries, King Kong was notable for its solid gameplay, just as the movie was a good popcorn flick. But with Ubisoft unable to convey much of import about the world of Pandora, I think memory will be less kind to Avatar: The Game. If this, as Ubisoft Montreal CEO Yannis Mallat maintains, really represents “the most advanced project of the whole convergence strategy that Ubisoft is promoting,” then we—and they—may want to rethink the whole thing.

The Chronicles of Riddick