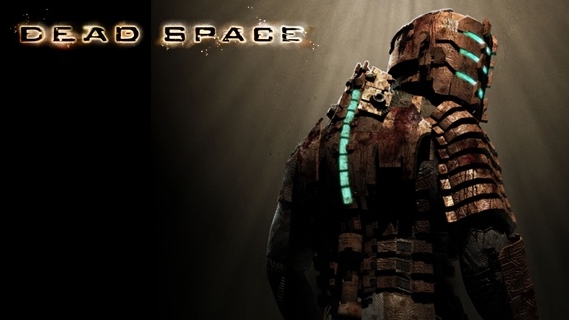 When does videogame marketing stop being just a promo come-on and become part of the product? This kind of crossover has happened before, most notably with ilovebees, the alternate reality game developed as a lead-in to the 2004 release of Halo 2. But ilovebees relied on pay phones, which even then were rapidly disappearing, to deliver clues to the people trying to decipher its story. The current state of the art is represented by games like Electronic Arts’ Dead Space, which came with a seven-month media barrage — first a series of comics, then an interactive web experience and finally an animated movie on DVD.

Dead Space marked a turning point for EA on two counts. It was one of several games the company released last year that were based on a fresh idea rather than a long-established franchise or a Hollywood licensing deal. More importantly, it was the first example of a new strategy CEO John Riccitiello calls “IP cubed”: Games with rich story lines that can be extended into other media, giving fans the opportunity to delve in as deeply as they want. This is the deep media approach to entertainment.

EA has licensed countless Hollywood movies in the past, but typically they were treated by licensor and licensee alike as just spinoffs – an opportunity to exploit a film franchise and little more. Gamers weren’t fooled. Riccitiello, who took over the top job in 2007, views IP cubed as something different: The same story told across a panoply of different media, with the game developers coordinating them all. Dead Space was the prototype — the one everybody else at EA sees as the model for how this is supposed to work. On Sunday morning at SXSW Interactive in Austin, Texas, the people behind the execution of this idea will tell how they did it.

Dead Space gave the development team at EA’s flagship Redwood Shores Studios a welcome chance to tell their own story. In the space-zombie game they came up with, you’re Isaac Clarke, an engineer investigating the USG Ishimura, a stricken mining craft that seems lifeless – until you discover an infestation of mysteriously reanimated corpses and the occasional crew member so traumatized he’s liable to commit suicide right in front of you by pounding his head against the wall. The only way to kill your attackers is to blast their limbs off — so the more spatter you can generate, the better your chances of survival.

But what you see in the game is only part of the story the developers came up with. Taking a page from Star Wars, the Redwood Shores team conjured up a Dead Space “universe” with hundreds of years of history. The comics, the Web experience and the DVD all draw on this to give you the background you need to understand what went wrong aboard the spacecraft.

The first Dead Space property to arrive, in March 2008, were the comics, drawn by Ben Templesmith (30 Days of Night) and written by graphic novelist Antony Johnston, who also served as chief writer on the game. That summer, the website No Known Survivors appeared. At the end of October, shortly after the game itself was released, an animated movie, Dead Space: Downfall, came out on DVD.

EA didn’t try to keep the same look across different media; Templesmith in particular is known for his own style, and as long as the mood was kept dark and foreboding, that was enough. But the story certainly had to be kept straight. The job of maintaining the canon fell to Chuck Beaver, the senior producer on Dead Space and one of the panelists at SXSW. He’ll be joined tomorrow by Andrew Green, online marketing manager at EA; Templesmith, who will describe how he created the comics; and Ian Schafer, CEO of Deep Focus, the New York marketing firm that developed the No Known Survivors Web site. I’ll be debriefing them.