How not to get the future of media? Pay no attention to the audience 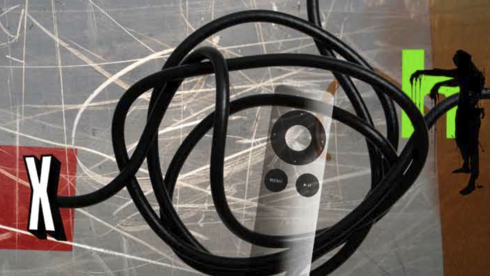 What’s missing in most of the discussions media executives have about their businesses’ future? The audience. Media execs across the board—in print, television, movies, and music—worry about shrinking profit margins, unpredictable technology shifts, and the ever-present specter of piracy. All of which is entirely understandable. But too often they miss what’s most important—not technology itself, but the shift in behavior and expectations that occurs as audiences embrace some technologies and ignore others. That’s the change that’s ultimately going to matter.

This came up last summer when Peter Passell, editor of the quarter­ly Milken Institute Review, asked me to write about disruption in the me­dia industries. When an econo­mist men­tions disruption he’s usually think­ing of Joseph Schumpeter, the Aus­trian/American theorist who 70-odd years ago introduced the idea of “creative destruction”—the notion that outmoded industries and com­panies will inevitably col­lapse and die as new ones arise. This kind of thing provokes terror in the hearts of the people running con­ventional me­dia corporations, who anticipate (with considerable jus­tification) that they are going to be on the receiving end of it.

So, what should they do? Again and again, the response has been to ex­periment ineffectually while si­mul­taneously trying to hang on to once-dependable business models. Which is exactly what not to do.

In fact, media executives have only one choice: Listen to the audience. The irony is that they already spend an inordinate amount of time and money doing just that—convening focus groups in an effort to anticipate the audience reaction to whatever movies or TV shows they have in production, and using the results to browbeat the creative talent into playing it safe. Unfor­tunately, they’re asking the wrong questions. It’s not whether the fifth car chase comes a beat too late; it’s how much longer their business model is going to be viable, given that in most cases it’s obsolete already. Asking people if they’ll like a show that hasn’t aired yet is like asking people if they’ll want a product that’s still in the design phase: They really don’t know. Far better that media execs should listen to what people are actually trying to tell them.

Of course, that would be a lot easier if the audience spoke with one voice—but it doesn’t. People adopt new technologies and develop new expectations at their own pace. Cheerleaders for the digital revolution inevitably think change is going to come a lot faster than it does. The music industry was on the precipice 14 years ago; television finally seems to be approaching it today, after years of unfulfilled predictions that consumers were going to dump their expensive pay-TV packages and get their shows online. What held them back? Lack of a viable alternative, for the most part. But as Kevin Spacey argued a couple of months ago in his ground-breaking MacTaggart Lecture at the Edinburgh Television Festival, “The success of the Netflix model—releasing the entire season of House of Cards at once—proved one thing: the audience wants the control. They want the free­dom.”

I think they want that and more—but a lot of media executives seem determined not to give it to them. In The Milken Institute Review I lay out some examples—in particular, the lack of commitment to Hulu and the ongoing obsession with piracy. Please check it out. Let me know what you think. Will television be next—or will the status quo finally hold? More at 11.