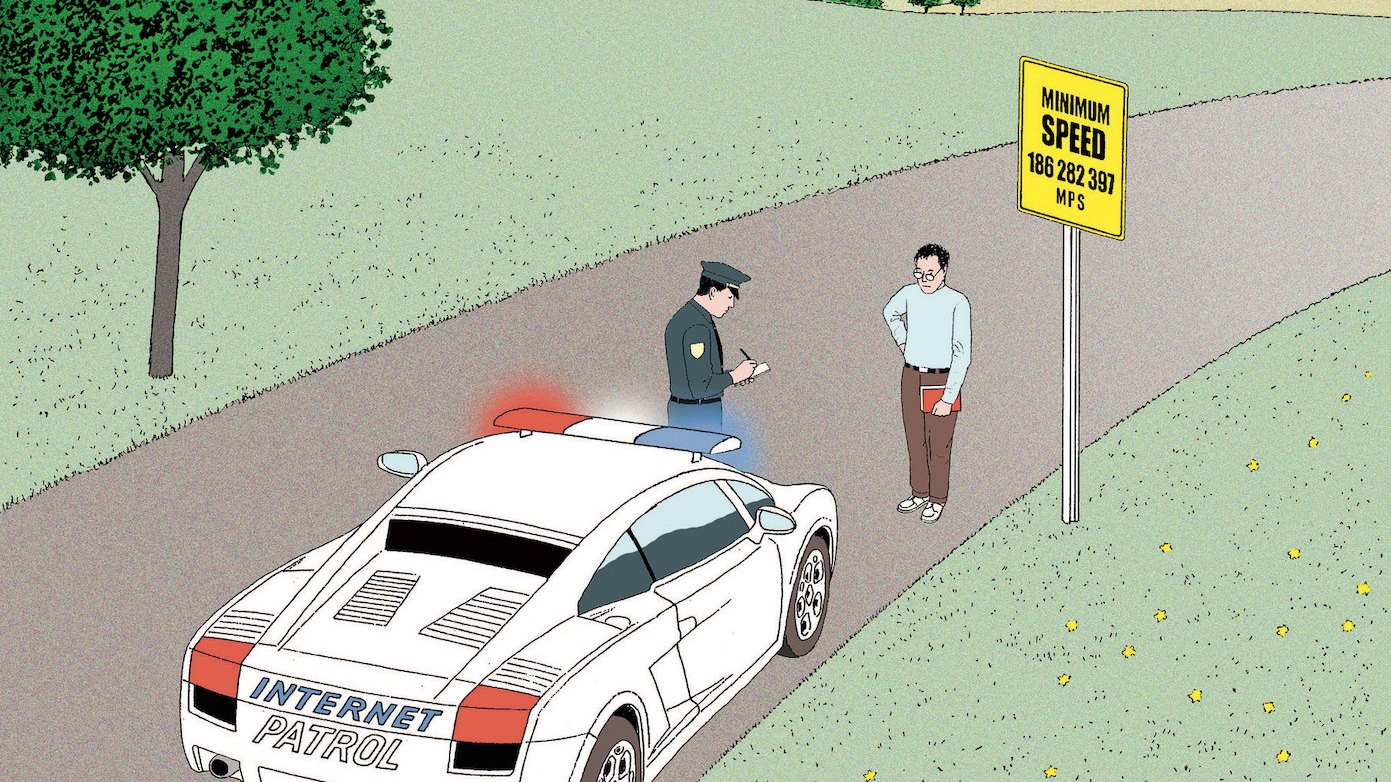 There’s been a lot of discussion over at the TPM Café Book Club about what the Internet is doing to the music scene — not just to the industry, which we can all see is crumbling, but to music itself. Bill Wasik (whose new book And Then There’s This was this week’s topic) declares himself depressed about “the ecstatic surf from new band to new band, from track to track, from style to style, that serves as the predominant mode of indie-rock fandom today.” In the past, Wasik maintains, overnight sensations had “almost always been manufactured by radio, or by big record labels, or by the interplay between the two”; now it’s fans on the Web who are responsible. Amanda Marcotte observes that there’s nothing new about flash-in-the-pans. She’s right on that one: Blues Magoos, anybody? And Nicholas Carr points out that the goal of the major labels “was not to encourage one hit wonders but rather to sustain elephantine franchises like, say, ELO, Yes, and the Eagles.”

Having endured one too many ELO concerts in my rock-critic years, I can vouch for that as well. But then he goes on:

The problem with the Web, as I see it, is that it imposes, with its imperialistic iron fist, the “ecstatic surfing” behavior on everything and to the exclusion of other modes of experience (not just for how we listen to music, but for how we interact with all media once they’ve been digitized). In the pre-Web world, we not only enjoyed the thrill of the overnight sensation – the 45 that became the center of your waking hours for a week only to be replaced by the new song – but also the deeper thrill of the favorite band in whose work we deeply immersed ourselves, often following its progression over many records and many years…. It’s the deep, attentive engagement that the Web is draining away, as we fill our iTunes library with tens of thousands of “tracks” at little or no cost. What the Web tells us, over and over again, is that breadth destroys depth. Just hit Shuffle.

To which I have to say, with all due respect, bollocks.

First off, anyone who can coin (or quote) a phrase like “ecstatic surf” and then declare the practice wrong seems a bit conflicted, to say the least. Could Bill and Nick be victims of Catholic school, perhaps? But more importantly, the idea that breadth inevitably destroys depth on the Web strikes me as plainly wrong — and music makes a good case in point.

Yes, the Web does make it easier, and a whole lot cheaper, to move from band to band and track to track (though it’s worth pointing out that the shuffle function was present on CD changers long before anyone had iTunes). And yes, it no doubt encourages the sort of one-upsmanship that drives bloggers to fall all over themselves touting the next new thing. But to conclude that the Web somehow discourages fans from delving deeper into the music they really like is to take a rather large leap. Much of the information I’ve seen — not to mention most of the conversations I’ve had with people in the music world — suggests that the opposite is true.

For example, a 2007 study commissioned by the government ministry Industry Canada found that “among Canadians actually engaged in it, P2P file-sharing increases CD purchasing.” In other words, rather than simply load up their hard drives with free downloads, Canadians tend to sample music on the P2P sites and then go buy the albums (not just the singles) they like.

Possibly this is a peculiarity of Canadians; I can’t say for sure. But a recent study of young people in Britain suggests otherwise. This survey, conducted for UK Rights, an industry consortium, found that while respondents had on average more than 8,000 songs on their hard drives, many of them downloaded for free, they also owned 100 CDs — and that most of those were purchased rather than ripped from friends’ collections. If people are willing to pay for physical copies of albums they’ve already downloaded for free, can you really say that no one is deeply engaged with music any more?

These findings were certainly borne out by conversations I had last spring with Trent Reznor of Nine Inch Nails on his Year Zero experience. Reznor is probably the most Web-savvy musician around, and while he’s not happy that so many fans want to download his music for free, he certainly hasn’t found them all deserting him for next week’s sensation. Quite the opposite. Over the past couple of years, he’s built NIN.com into one of the most comprehensive collections of music, video, and memorabilia on the Web — most of it supplied and curated by fans. After he posted multi-track versions of his songs online, fans responded by putting up more than 11,000 remixes (as of last April). And when he offered a limited-edition CD of his most recent album — a work that was already available for free on the same site — fans bought all 250,000 copies at $10 apiece. That’s $2.5 million that says the Web is actually drawing people in deeper.

Like many others, I’ve found a lot of provocative ideas in Wasik’s book, as I had earlier in Carr’s essay in The Atlantic (when I wasn’t being distracted by the hyperlinks). But I think some of their arguments are starting to run away with themselves. Breadth? The Web certainly gives us that. Depth? That too. I see nothing to suggest they’re mutually exclusive.

"For the past decade, Rose has shifted his attention from telling stories to dissecting them, researching how technology has collided with humanity's innate need for narratives. . . . In his latest book, 'The Sea We Swim In,' Rose explains the science of how narratives shape our reality and how the Internet has broken the spell of passive consumption."

And Then There's This

Is Google Making Us Stupid?