‘Nightmare High’: The BAFTA-winning game that gets you through your worst day of school—ever 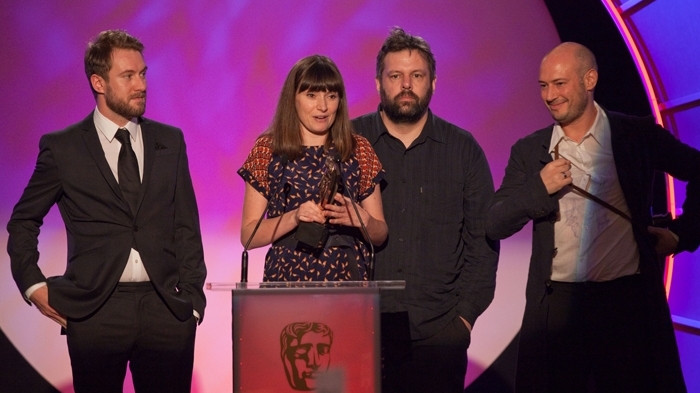 We all have our bad days — but some bad days are way worse than others. And it’s hard to get worse than a first day at school that goes totally, horribly, mind-bendingly wrong. So how do you put such an experience behind you? That’s the question that provoked Nightmare High, an online game for pre-teens that recently took home an interactive children’s award from BAFTA, the British Academy of Film and Television Arts.

Developed for the independent UK broadcaster Channel 4 by Somethin’ Else, a highly regarded London production company, Nightmare High is inhabited by the likes of Mr. Piltdown, the criminally boring physics teacher, and Liam Bastin, the school bully even the teachers are afraid of. You start out on your first day of secondary school with the best of intentions — but by the end of the day your gym uniform has been tossed out the window, the teacher has made you wear a leotard instead, a fellow student has recorded it on all on video and posted it to YouTube, and you’ve become the laughingstock not just of your new school but of the entire nation. At which point, reality cracks wide open — and now you’ve got to pull it together again. Good luck.

Meanwhile, I put a few questions via email to Paul Bennun, Somethin’ Else’s chief creative officer, who led the game’s develop­ment in partner­­ship with director Jo Roach and psy­chology consultant Tassos Stevens. Here’s what he had to say.

So how did all this come about?

Ambition! Somethin’ Else and Chan­nel 4 had previously explored what we call “content systems” — games, video, text, tools and other media yoked together by system logic and integrated marketing to achieve certain objectives. It’s not a Web site, it’s not a game, it’s not linear video — but it’s got all of them inside.

In this instance, Nightmare High came about as Channel 4 wished to create a project for 10-to-12-year-olds that dealt with transition. Being that age is really difficult — you’re going from little school to big school, and you’re statistically likely to be facing other powerful transitions in your life.

Our research led us to a deep understanding of “transition.” We know that being able to handle any transition (such as bereavement) with resilience is incredibly important, as is understanding the agency you have in any difficult situation. It’s actually good science to say if you understand your agency at an early age, it can improve your chances of success and reduce the likelihood of clinical depression later in life.

So we thought, together with Channel 4, that a content system which properly enabled young people to understand — through experience — the common principles of transitions would be a Good Thing. The most important transition kids have at that age is going to secondary school (as we call it in the UK). So we had a hunch using that transition as our archetype was going to be useful. We also wanted to explore the idea of reflection — part of this is having a realistic understanding of the world about you. That led us to a story rooted directly in the idea of a “broken” reality that you can learn to “see” for what it is: controllable and understandable, in which you have agency.

Why did they commission a game rather than a TV show?

Channel 4 Education went through a glorious phase of experimentation and forward-looking objectives. They put user-centred design right at the heart of their activities. The prime realisation was this: the times when their target audience was in front of a television did not not coincide with the times they could schedule educational programmes on TV. Additionally, that audience simply don’t like “educational TV.” So what to do? Make great content and services that achieve educational objectives, and put it where kids would enjoy it online.

Of course, there is another upside to creating this kind of system. A system relies on logic and the elements adapt to changes in other elements, or via interaction with a specific user. This is important if you’re making a project about psychological resilience. Now you can practically explore a whole range of tenets you could only previously describe. For example, the path to success sees many failures on the way; understanding this is part of the process is easy to say but only really understood when experienced. A game is a great place to demonstrate the relationship between multiple failures and success.

What was Somethin’ Else’s role? Had you done anything like this before?

Somethin’ Else conceived, designed and and built the system, with a few fantastic collaborators such as playerthree, a London-based game studio with whom we built the games. All of our work across the business now considers content as a design challenge which requires system thinking. This is because you can’t separate platforms, devices, audiences and the ecosystems in which the content operatens. It’s all got very complicated. Everything is interactive; whatever audiences build around your content is part of the content.

We have done a few similar things before, most importantly a content system we built for Channel 4 called SuperMe. That project was the first time we properly explored how mixed media and interactive content could be yoked together by system logic, underpinned by very careful psychological research. Long-term Somethin’ Else collaborator Coney assisted us on the research element of that project, and had the role of guardian of the psychological objectives. SuperMe is aimed at a slightly older audience.

It’s not easy maintaining your cred when you design something for kids. What pitfalls were you trying to avoid?

Yes, this is really, really hard. Our way round it is to employ good design practice (you’ll detect a theme here) including testing and co-authoring, combined with expert knowledge. Design something by committee or focus group and it’ll be shit. Design something without considering audiences and it’ll be a Wonderful Idea with a Beautiful, Perfect Execution that no one wants to use.

There are some particular problems here, because we’re also flirting with ideas that still cause stigma in schools — being perceived as weak, or displaying the effects of difficult personal problems is a Very Bad Thing; it’s so bad that even visiting sites that deal with it can be radioactive. On the other hand, “chocolate covered broccoli” doesn’t work either. You just have to make something good. And that’s really hard, no matter what platform you’re working on.

Aside from the BAFTA, what kind of results did you see?

The project has received the best part of a million plays. We’ve not been capturing individual data in any usable way because it’s aimed at very young, vulnerable people. I hope the success stories are similar to those we received from the properly researched SuperMe. Projects like this really can make a difference to the lives of those that use them.

Can you really break reality by having a super-bad day in school?