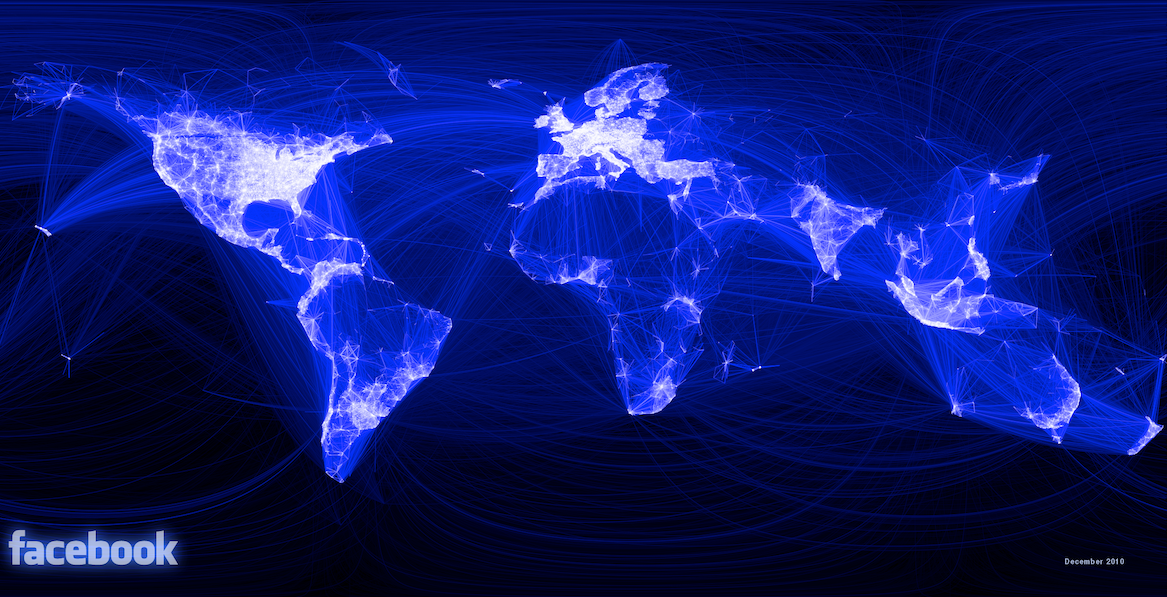 Call it a delayed reaction. I think the full import of Social Media Week began to hit me a couple of hours after my first event—the opening press conference at Social Media Week Hong Kong, to which I’d been invited as a guest speaker. In my talk I stole a line from my book, something about how we’re all embedded from birth in a network of fellow humans. My point was that in the most fundamental sense there’s nothing terribly new about all this—that people existed in social networks long before we had “social networks.”

Then, after the press conference and the Facebook party that followed, I went to a rooftop bar in Central—Sevva, overlooking the colonial-era Legislative Council Building and overshadowed by two enormous banking headquarters, Norman Foster’s HSBC building and I.M. Pei’s Bank of China. It was early evening, and with darkness came an electronic display straight out of TRON—flashing candy-colored bars of light set against the night sky and the glittering backdrop of the city. Down below, expressways snaked between the high-rises; off to the left lay Victoria Harbor, gaudy with cruise liners and sporting its own light show on the Kowloon-side shore. As I took all this in it occurred to me that my metaphor was more than just a metaphor: We really are enmeshed in a human web, and the cityscape splayed out before me was a physical-world representation of it.

An equally remarkable virtual-world representation of this idea was the map above of the world according to Facebook. Created by Paul Butler, a Facebook intern, and posted last December, it’s a map in which social links appear as paths of light on an otherwise blacked-out planet. When Butler set in motion the algorithm that generated this portrait, he recalled in a Facebook Note, “I was a bit taken aback by what I saw. The blob had turned into a surprisingly detailed map of the world. Not only were continents visible, certain international borders were apparent as well. What really struck me, though, was knowing that the lines didn’t represent coasts or rivers or political borders, but real human relationships. Each line might represent a friendship made while travelling, a family member abroad, or an old college friend pulled away by the various forces of life.”

The explanation for why this is came from another speaker at the press conference—Olivier Legrand, head of Asia-Pacific at the Wall Street Journal Digital Network, who provided an overview of social media in Asia. Legrand, a Paris B-school grad who’s been in Hong Kong since 2004, came with figures. It turns out China has 88 million bloggers, more than a third of the world’s total. The US has fewer than 19 million—not that many more than Japan. South Korea has 11 million, more than twice the number in the UK. And blogging, Legrand pointed out, is just the start of what people in Asia are doing.

This flood of Asian content providers does not belong to Facebook, YouTube, or Twitter, all of which are blocked in China. The big social networks there are Ren Ren (“everyone”), with 140 million users, and Kaixen, with about half that. Sina, Sohu, and NetEase, the giant Chinese Web portals, each have their own highly successful version of Twitter. Neither Facebook nor Twitter is particularly successful in Japan, either, despite the absence of any official policy against them. Japanese users just like mixi and Mobage-town better. And even though Hong Kong is not subject to China’s blackout, there’s a social-media split between Chinese-speaking people, who account for about 95 per cent of the population, and the small minority who speak English.

But whatever platform they choose, Asians are far more active online contributors than Americans are. South Korea, with more than 50 per cent of its Internet population publishing online, and China, with 40 per cent, are truly putting the “media” in social media. And that’s of course what really is new about social networks—the idea not just that we’re connected, which has always been the case, but that we have a voice that carries beyond the next room.

That idea was reinforced by a remark I’d heard the week before in New York, in a discussion at Always On’s OnMedia NYC conference at the Paley Center. One of the panelists was Henry Juszkiewicz, the CEO of Gibson Guitar, who in his laconic way summed up the new media equation in a single short sentence: “Broadcast technology is anti-social.” Broadcast technology, whether it’s applied to television, radio, or print, is of course what powers the mass media that defined our reality for the past hundred years. Social media are starting to define it now.

This is what accounts for the extraordinary turnout Social Media Week achieved. From a New York event that drew 2,500 people at its inception two years ago (not bad in itself), SMW mushroomed this year into a global mega-event that drew more than 30,000 people to a constellation of conferences taking place simultaneously in New York, Toronto, San Francisco, Sao Paulo, London, Paris, Rome, Istanbul, and Hong Kong. This direct, human-to-human information transfer was evidence in itself against the argument that online social networking is nothing more than a sterile, electronically mediated substitute for real-life contact. With a kaleidoscopic series of offerings on everything from fashion blogging in Hong Kong to digital storytelling for ad-industry creatives in New York, Social Media Week constituted a worldwide effort to understand and shape the future.

One gauge of its impact is a map created by the Barcelona data-visualization startup Bestiario to show usage of the Twitter hashtag #SMW11 throughout the week. Unlike the Facebook map, which documents connections, this one focuses on activity—red hot throughout much of the US and western Europe, plenty warm in Colombia and Brazil, and significant along the coast of India and East Asia. But do note the green aura emanating from Egypt, which was having its own experience with social media at the time: Friday, February 11, the final day of Social Media Week, was the day Hosni Mubarek resigned.