The big question at the Future of StoryTelling summit: What’s the audience got to do with it? 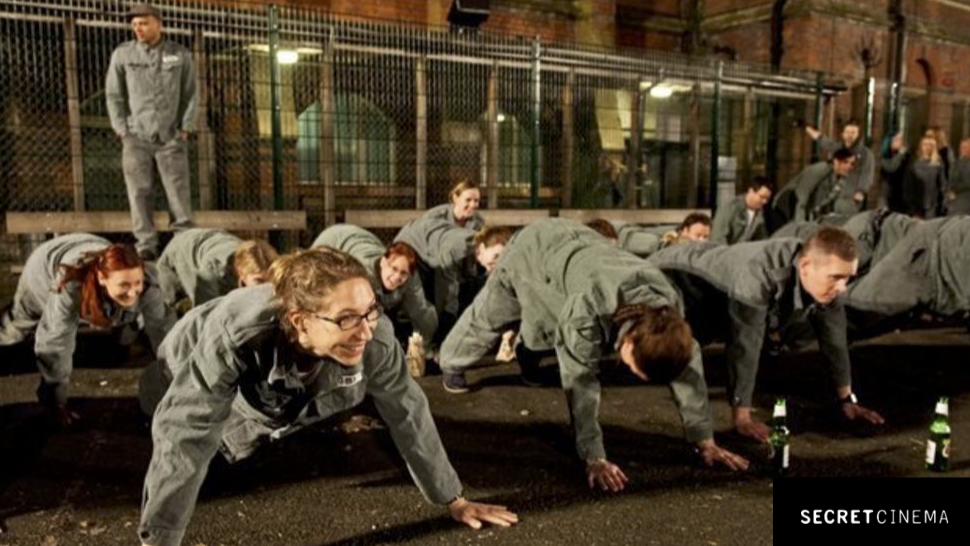 After last fall’s Future of StoryTelling summit in New York City, founder Charlie Melcher asked me to write a short essay summing up the experience for a book that would be sent to attendees. I was happy to do so—but since the one-day summit featured nearly two dozen roundtables headed by people ranging from Robert Wong of Google Creative Lab to Shannon Loftis of Xbox Enter­tainment Studios to Eddy Moretti of Vice, it was impossible to sum up the entire thing. So here’s what struck me:

Every successful conference puts an idea in play. For me, the second annual Future of Story­Telling Summit was all about rediscovering the audience. During the last century, mass media—news­papers, magazines, radio, television—forced audiences into an increasingly passive and marginalized role. To the extent that audiences mattered at all, it was as consumers—“eyeballs” to be lured to some destination, sorted into demographics, packaged by the thousand, and sold to advertisers. Those days are ending—and one of the most important things we can do is explore the im­plications.

We need to remember, first of all, that story­­telling is a partner­ship, an act of co-creation, not a matter of the author leading the audience by the nose. But this raises questions of control—as in, who controls the story, the author or the audience? After 150 years of mass media, we find it all too easy to assume that by taking any posture other than utter pas­sivity, the audience is going to usurp the role of the author: It’s choose-your-own-adventure or nothing. But that’s not ac­tually what most audiences want.

If you look at the stories people respond to—popular TV shows with a strong so­cial media following, for instance—they’re the ones that have a strong au­thor, an author with something to say and a compelling way of saying it. How could it be oth­erwise? People want a story they can immerse themselves in—an emotionally gripping narrative they can in some way inhabit. They’re asking to be a passenger, not an onlooker. So as an author, how do you make room for them without giving them the wheel? That’s the question.

It came up again and again, starting with the first Summit session I joined—a roundtable called “When the Audience Has an Audience.” Led by Kevin Slavin, a co-founder of Area/Code who’s now at the MIT Media Lab, and Kenyatta Cheese, who partners with him as a consultant and runs BBC America’s successful Doctor Who Tumblr, it focused on the impact of social media on storytelling: What happens when the audience becomes both connected and conscious of its own presence?

In the film they made for FoST, Kevin and Kenyatta talk about how people have “a fundamental feeling of wanting to be in sync with each other.” We’ve all experienced this feeling at concerts, at the theater, even at the movies. But then came television, which as Kevin pointed out at Snug Harbor is not really radio with pictures—“more like theater without an audience.” Cue the laugh track—a simulated audience that had to be invented so viewers wouldn’t feel so alone. Now add social media and the equation changes yet again—not so much because fans can connect with the show, as Kenyatta pointed out, but because they can use the show to connect with one another, sharing things like the animated GIFs Kenyatta puts up on the Doctor Who Tumblr with their friends. Or as Matt Locke, a UK broadcasting executive turned media consultant, put it during the session, brands like Doctor Who “are the stuff that gets shared by people who care a lot more about other people than about the stuff.”

Nonetheless, storytellers care about the stuff, since they’re the ones who make it. So how do you know if anybody is going to share your stuff? That was the subject of my second morning roundtable, a discussion with John Johnson, founder of the Harmony Institute and co-founder of BuzzFeed, and Debika Shome, HI’s deputy director. Harmony uses data analysis to determine how filmmakers can move the needle on social issues and other subjects—how best to frame the issue, and what metaphors to use (or avoid) when describing it.

For an early study of the award-winning education documentary Waiting for “Superman,” an intern coded every metaphor and framing device in the film and then went looking for “fin­gerprints” in social media conversations. This revealed that a lengthy comparison of educa­tion reform with Chuck Yeager’s attempt to break the sound barrier (which was ultimately successful despite many naysayers) had almost no impact, while the phrase “gambling with our children’s future” proved extraordinarily resonant. Since then, with the advent of advanced natural language processing and other tools, HI has been able conduct much deeper analyses in far less time. But the key finding remains the same: People are more likely to engage with a film if it pushes a certain kind of emotional hot button for them. Or as Johnson put it, “We find people sharing stories that they’re angry about, that they’re excited about—but not that they’re sad about.”

The real challenge comes when the audience moves beyond self-awareness to take a role in the story itself. At least two of the people who led roundtable discussions addressed this issue directly: Felix Barrett, founder of Punchdrunk and creator of Sleep No More, the immersive theater production that’s been playing in Manhattan for nearly three years now, and Fabien Riggall, the man behind London’s Secret Cinema, which thrusts you into the world of a movie and then screens the movie for you at the end.

Felix talked about blurring the line between fiction and reality, something Sleep No More certainly accomplishes. Even so, members of the audience are required to wear masks as they roam the “McKittrick Hotel” (in fact a downtown industrial warehouse), rummaging through elaborately staged rooms and following the action as it moves from place to place. The masks serve two purposes, he explained. They separate us from the people we came with, encouraging if not forcing us to explore the place on our own; and second, they serve as the last remaining veil between the audience and the experience. Felix’s aim is to disrupt traditional theater, which he regards as formulaic and passive—but he does not believe in putting the audience in charge of the story.

Fabien Riggall’s approach is more radical. In Secret Cinema, there is no veil; the audience shows up in costume and becomes an integral part of the narrative. “You guide the audience, and the audience controls the story,” Fabien said at his roundtable.

Actually, though, control is relative: At the production I attended last year, which began at a Victorian-era “courthouse” in Bethnal Green and concluded several hours later with a screening of The Shawshank Redemption, the audience became a prisoner. When another passenger on the prison bus I found myself on snapped a picture with his cell phone, a guard grabbed it away from him and declared in extremely graphic terms what he was going to do to the guy after lights-out. (“You just wait til tonight—my balls are gonna be on your chin.”) Later, in the “prison” (actually a disused Victorian parochial school), we were shoved together shoulder-to-shoulder onto a narrow balcony and forced to stand there as the guards beat the iron railings with their billy clubs—compression without release. When the “audience” started keening in response, I finally caught a glimpse of what prison must be like: Total control verging on utter chaos.

Stunts like this make the blur between fact and fiction even greater than it is with Punchdrunk. “I see it as real—I see that there is no audience,” said Fabien, a grin on his face. “Loss of control is where I want it to go.”

In fact, of course, even the experiences Fabien creates are scripted to a degree. But the future of storytelling is still being written, and that means we’re free to explore any avenue. And wherever we go, we’ll find people who expect to be fully engaged, even if sometimes they just want to sit back and watch the show. No more couch potatoes, I’m afraid: The eyeballs have become self-aware.

"For the past decade, Rose has shifted his attention from telling stories to dissecting them, researching how technology has collided with humanity's innate need for narratives. . . . In his latest book, 'The Sea We Swim In,' Rose explains the science of how narratives shape our reality and how the Internet has broken the spell of passive consumption."