What if TV networks themselves go over the top? 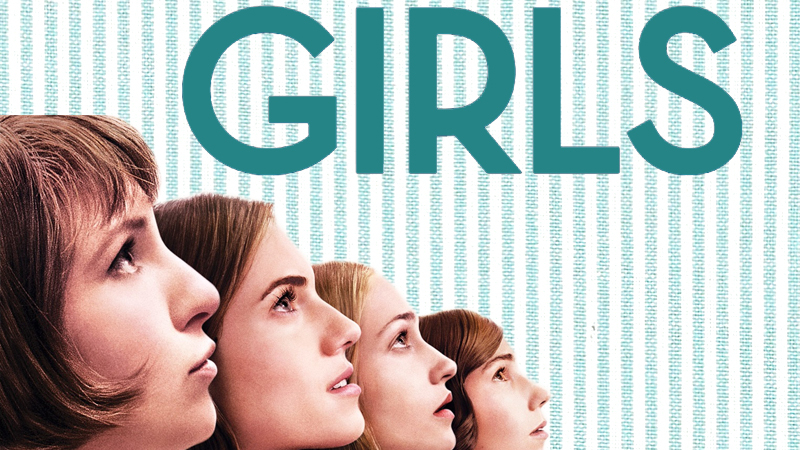 For years, people have been speculating about the day when viewers go “over the top,” cutting their cable or satellite connections and getting TV online. It hasn’t really happened, since even with Hulu and Netflix, there was no viable Internet alternative—no way to watch Girls or Game of Thrones, for example, because HBO Go is only available to people who get HBO through cable or satellite. The first suggestion that this might be changing came last summer, when a top analyst, Craig Moffett, reported that US cable and satellite companies lost more than 300,000 subscribers between June 2012 and June 2013. But in the past two weeks, it’s started to look as if the television networks themselves might cut the cord:

On March 3, Disney—which owns ABC and ESPN—announced a deal with Dish Networks to offer its programming via Internet, not just to Dish’s satellite sub­scribers but as part of a separate, over-the-top subscription service. As part of the deal, Disney agreed to let Dish deploy its AutoHop ad-skipping feature on shows three days after they’re broadcast. Disney had been suing Dish over AutoHop; now the litigation has been settled, leaving CBS, NBC, and Fox to cut their own deals. The three-day window protects the Disney-owned channels during the period advertisers are actually paying for. Still, as Michael Wolff observed, “Finally, a major network has bent to the obvious—people expect to be able to skip ads.” His conclusion? “The sky is falling.”

A couple of days later in the UK, the BBC announced its intention to stop broadcasting BBC Three—the digital channel whose shows include Being Human, the series that inspired the Canadian remake that’s shown in the US on Syfy—and relaunch it online. This was billed as a cost-cutting move, but it makes sense for a channel whose target audience is people 16 to 34.

And just last Tuesday, the head of CBS, Leslie Moonves, threatened to take his own network over the top if the networks lose their court battle against Aereo, the startup that wants to stream broadcast channels to subscribers without paying the channels. “If the government wants to give them permission to steal our signal, then we will come up with some other way to get them our content and so get paid for it,” he told CNET, the CBS-owned online news service.

Moonves may well have been bluffing, but taken together, these develop­ments suggest that the long and increasingly troubled relation­ship be­tween the television networks and the cable and satel­lite providers that carry them may finally be nearing its end. Not that they’ll be getting a divorce, exactly—but a separa­tion would be good for all concerned, us viewers in particular.

If there was a defining moment here, it was probably last summer’s battle between CBS and Time Warner Cable over the fees the cable company would have to pay to carry the net­work. Time Warner Cable, seeking an edge in its negotiations, dropped not only CBS but Show­time and the other CBS-owned channels as well in New York, Los Angeles, and Dallas; CBS re­taliated by blocking Time Warner customers from its Web site. When Time Warner Cable caved a month later, two things became ap­par­ent: First, that the tel­evision networks hold all the cards; and sec­ond, that with car­riage fees go­ing up indef­initely, the ca­ble pro­viders might even­tu­ally be better off get­ting out of the tele­vision business altogether and fo­cusing on In­ternet ac­cess.

Here are a few things that could result:

The US finally gets actual broadband.

Video requires a lot of bandwidth—but that’s not easy to come by in the United States. According to a recent New America Foundation report, in Seoul and Tokyo you can get Internet speeds of 1 gigabit per second for around $33 a month, while the fastest connection in New York gives you half that speed—for $300 a month. The best you can do in D.C. is 300 Mbps for $200. This has to change if TV is to be delivered over IP in a reliable fashion. So one of two things has to happen: Congress introduces real competition—yeah, right—or the telcos and cable companies that connect us to the Internet decide it’s economically advantageous to upgrade. Which means that . . .

Bundles may not disappear after all.

I mean, why should they? Yes, of course people hate paying for channels they never look at. But for Time Warner Cable and Comcast and the like, that’s not the point. The point is that bundles make you pay more. And that’s the whole idea, right?

Well, it is for them.

There are at least four flavors of Internet Protocol TV. The first we already have: Companies like Netflix and Hulu that offer original programming as well as movies and television shows they’ve licensed from Hollywood and the networks. The second flavor we already have too: network sites like CBS.com and ComedyCentral.com that stream their own shows online. The third is what Sony, Apple, Google, and others have reportedly been trying to put together forever: services that license programming from a full array of existing channels. And the fourth is pretty much the same, except it’s owned not by third parties but by the cable or satellite or phone companies that deliver broadband. That’s what the Disney deal is about for Dish Networks—it’s the first step toward putting together an on-demand, IP-delivered version of what Dish delivers now.

What’s wrong with this picture? From the broadband providers’ point of view, plenty. If these companies are going to offer a IP-based TV package, they’ll have to make licensing deals with the networks to carry their programming over the Internet—basically, the same sort of deals that Time Warner Cable had so much trouble renegotiating last summer. And they’ll have at least three different sets of com­petitors, including the networks them­selves, offering various configurations of TV and movies through the same broadband connec­tions. It’s been pretty thoroughly established that broadband providers don’t much like competition—which is why they want to charge more to carry certain types of traffic.

These companies seemingly won a victory on January 14, when the D.C. Circuit invalidated the FCC’s Net neutrality provisions. In its ruling on Verizon’s challenge to the commission’s 2010 Open Internet Order, however, the court did not strike down the idea of Net neutrality in general. In fact, it agreed with the FCC that broadband providers “have incentives to interfere with the operation of third-party Internet-based services that compete with the providers’ revenue-generating telephone and/or pay-television services.” And it helpfully pointed the way to a dif­ferent legal justification that would likely hold up. Alternatively, the FCC could simply reclassify Internet providers as common carriers, putting them in the same category as phone companies, which are forbidden to discriminate among users. There’s even an argument that if that doesn’t happen—and it might not, given the political pressures on the FCC—Internet providers might still find themselves on the losing end of a PR war if they try to take on popular streaming-video companies like Netflix or, for that matter, CBS.

The ad industry is going to be more challenged than ever.

None of this addresses the issue of television advertising, a $64 billion business in the US alone that has as much skin in this game as the networks and the ISPs. Will advertisers (and their agencies) finally have to give up on the 30-second spot, that much-maligned relic of the broadcasting era? Not entirely. But all parties in the industry we currently call television will have to admit that engagement, not interruption, is what brings customers—that instead of flooding the entertainment landscape with ads people only want to avoid, they need to give us something people want to share. Lots of brands know this already—Volkswagen and Dove, for example. The rest are going to have to play some fast catch-up.

But you knew that already. Right?

Meanwhile, out of the chaos, some great television will emerge.

The last time there was this much uncertainty in the television business, in the late 1940s and early ’50s, television barely was a business: Radio was where the money was, and television was the disruptive technology that threatened broadcasting and Hollywood alike. The result was what we now call the medium’s golden age—a period characterized by live drama and comedy shows like Playhouse 90 and Your Show of Shows that thrived in a world without rules. Eventually this gave way to the laughtrack sitcoms, formulaic Westerns, and rigged quiz shows that FCC chairman Newt Minow famously described as a “vast wasteland.” Now, with landmark series like HBO’s Girls and Netflix’s House of Cards and AMC’s The Walking Dead, we’re experiencing another golden age—and with the forces of disruption just gathering strength, we can expect it to go on for quite awhile.