What needs to happen for branded content to work? 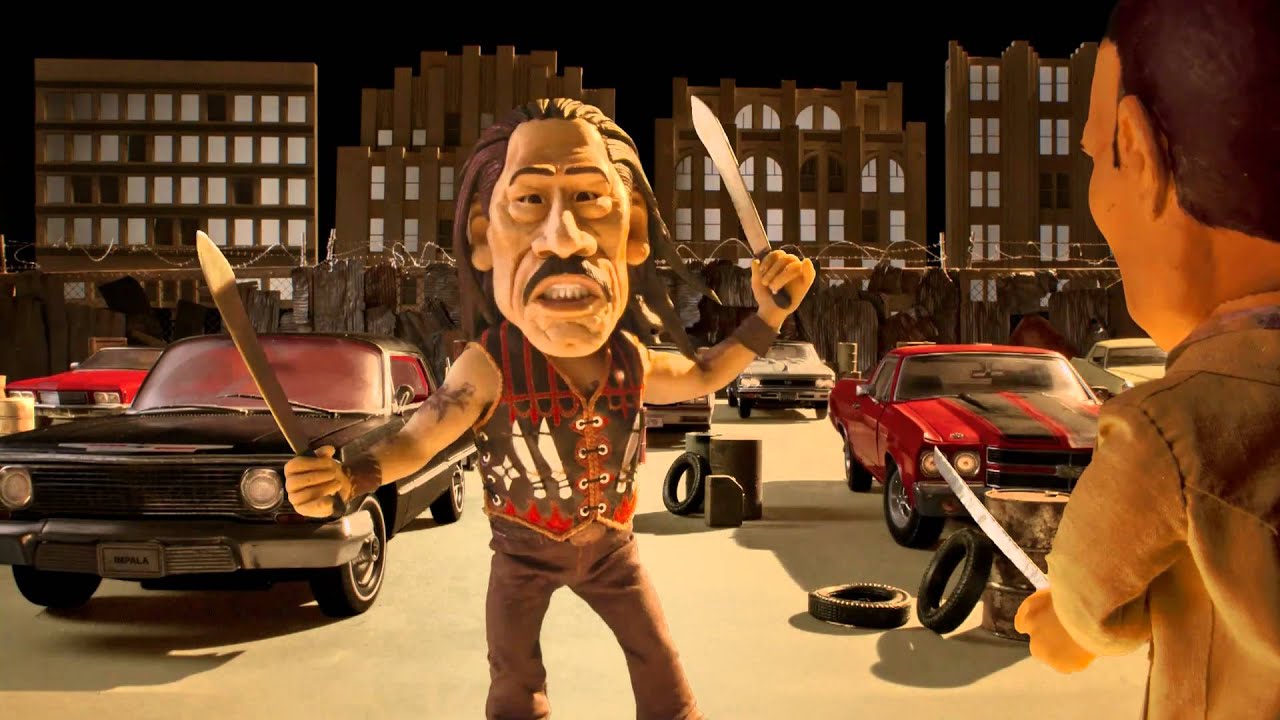 Everywhere I go this year, I seem to run into a branded content discussion. From DIY Days in New York, to the “Brisk: Machete” panel I did with Robert Rodriguez and Danny Trejo at SXSW interactive, to the Branded Content Salon I spoke at at LBi London, to Morgan Spurlock’s POM Wonderful Presents: The Greatest Movie Ever Sold at Hot Docs and Sheffield Doc/Fest, the idea that brands can commission entertainment instead of merely advertising in it keeps popping up. The subject is not entirely new, of course: the term “advertainment” was coined more than a decade ago. It’s the momentum that’s changing—picking up in large part because (Spurlock’s clever satire notwithstanding) producers are embracing it as readily as marketers.

The reasons why started to become apparent when two of America’s most prolific and respected indie film producers, Ted Hope and Christine Vachon, sat down for a “fireside chat” at DIY Days in March. These are the people behind such ground-breaking and uncompromising films of the ’90s and ’00s as Hedwig and the Angry Inch, Velvet Goldmine, and Boys Don’t Cry (Vachon) and Eat Drink Man Woman, The Ice Storm, The Laramie Project, and Human Nature (Hope). So it was instructive to hear them speaking unabashedly about how attitudes toward commercialism have evolved in 20 years.

A big factor in that evolution has been economics. As Vachon pointed out, the ’90s were the heyday of international co-productions: The path to success was to get a script, wrangle some talent, and cut a lot of deals at Cannes. But eventually, that started to dry up–and then the recession hit. Attitudes changed accordingly. You can view this with cynicism, of course, but you can just as readily argue that artists, who live like the rest of us in a relentlessly commercial society, began demonstrating a refreshing lack of hypocrisy about it. As Hope said, “Who does it benefit to draw a line between art and commerce, marketing and content?” Ultimately, it’s all storytelling.

The obvious question is, does the branding sway the storytelling? So I raised it when Ted and I met for a drink a few weeks later. His answer was, sure—but so does everything else. He offered American Splendor, his 2003 biopic of comic-book writer Harvey Pekar, as an example: “I said, I’m going to make a film that’s going to win at Sundance.” (It did, and the film critics’ award at Cannes as well.) “It gave me a higher awareness of market-based writing.”

But it’s not just artists whose attitudes have evolved; it’s also corporate marketers, a point Rodriguez made at SXSW. The panel—staged by PepsiCo, the corporate entity behind Brisk Iced Tea, at its Plugged-In Stage at the Austin Convention Center—paired Rodriguez and Trejo, the Latino star of last year’s Machete, with Brisk brand manager Jamal Henderson and Ian Kovalik of the San Francisco ad shop Mekanism. (PepsiCo gets its own branded space at SXSW because it’s a “super sponsor” of the festival.)

Machete, introduced years earlier in a fake trailer that appeared in the Rodriguez/Tarantino double feature Grindhouse, was a hyperviolent actioner in the B-movie tradition—not exactly the sort of thing you’d think would inspire a corporate marketing campaign. Yet PepsiCo was happy to take the leap. A movie with an Hispanic star and a cult following among twenty-somethings, for a “value brand” (99 cents a liter) that hadn’t advertised in nearly a decade? “From a brand perspective, it was divine intervention almost,” Henderson told me before we sat down for the discussion. “We were trying to get back into the popular culture, and this seemed the way to do it.”

The “Brisk Machete” video, which first appeared on YouTube in late December, kicked off a campaign for Lipton Brisk iced tea—a brand that last advertised ten years ago in a still-remembered stop-motion campaign. Last summer, with sales already rising dramatically, the brand managers at PepsiCo decided to kick things up a notch. They went to Mekanism, a San Francisco-based creative agency well known for its animation work, with the idea of reviving the stop-motion campaign.

Henderson had just been to the downtown LA premiere of Machete, where he saw Trejo ride up on his chopper at the head of low-rider procession. So when Mekanism suggested  a Machete take-off to launch the Brisk campaign, it seemed like serendipity.

Trejo was game, and Rodriguez gave the project his blessing. But as Trejo eventually discovered, there are responsibilities that come with being a spokesLatinsuperhero. The other day he was outside a 7-11 in the San Ferdando Valley when a little girl walked by with her mom. When the girl realized he was drinking a Pepsi, she did a double-take and declared in the most gravelly voice she could manage, “That’s not Brisk, baby!”

In any case, the success of their effort was apparent as soon as we ran the spot. People in the room, most of whom must have watched it a half-dozen times or more already, started whooping with delight the instant the reel began. The 60-second video is essentially a parody of a parody—a claymation version of Trejo as Machete, a Mexican federale who wields a wicked-looking pair of knives while yelling “Negotiate! Negotiate! Negotiate!” Rodriguez, who had made stop-motion movies as a kid, not only gave his okay for the spot, he actually tweeted about it when it came out:

Meanwhile, Rodriguez was making some branded content of his own—a six-minute video for Nike’s Kobe Bryant Collection, with Bryant in the starring role and cameos from Trejo, Bruce Willis, and Kanye West. The video was presented as a mini-movie—”Kobe Bryant Is The Black Mamba”—and advertised as such, both in 30-second spots and in a giant billboard on the Sunset Strip. Anticipating Spurlock’s tongue-in-cheek approach to product placement by several months, Rodriguez framed the video as a director’s pitch to the star/brand manager. Sample dialogue:

So. Are there gonna be a lot of close-ups on the shoes?

“I don’t usually do ads,” Rodriguez said during the discussion. “I’ve done a couple of European ones with George Clooney, he’s a friend of mine—they’re more cutting-edge over there, you can do a little more different stuff. . . . And then this one came up because they said you can do whatever you want. So when I talked to Kobe I said, Okay, let’s do something that deals with legends and icons—you know, you’re a legend, Kanye in the music world is a legend, Bruce Willis is a legend, Trejo is a legend, the brand Nike has its own legendary status. So I wanted to do something that kind of put all that together.”

Obviously, not every bit of branded entertainment is going to be stuffed with legends. But it can still be fun, as Philips demonstrated with the Nigel & Victoria Web series it showed off at LBi London. Created for the Dutch electronics giant by Hoot Comedy, a London shop that specializes in, yes, branded content, Nigel & Victoria is another arched-eyebrow production that seeks to tout its brand and mock it too. What makes it particularly intriguing is the way the whole series acts as a none-too-veiled metaphor for the increasingly if sometimes awkwardly intimate relationship between brand and content.

The series focuses on Nigel, the handsome young “Philips guy” who’s overseeing the production of some commercials for the company’s consumer line, and Victoria, the comely blond actress who’s been hired to star in them. Nigel has developed sort of a thing for content—er, Victoria—and his bumbling courtship seems destined to go on indefinitely, or at least until the end of season one. (Season two, which began two weeks ago, takes a different tack.) Will Nigel win Victoria’s heart? Will his clumsiness turn her off completely, or can he charm his way into her affections? Will they ever make squalling, red-faced little brand-content babies? Stay tuned for the next episode.

If there’s a lesson in Nigel’s courtship of Victoria, or in Rodriguez’s pitch to Kobe, or in Machete’s exploits for Brisk, it’s that you can never bullshit the viewer. Forget the sales pitch: Nobody cares any more. The litmus test, the thing brand managers have to accept if they’re to survive in this cool new world, is that branded entertainment has to work as entertainment if it’s to work at all. Don’t take your brand too seriously. Go with your gut, assuming you have one. Otherwise, you’re just making television spots for viewers to TiVo through.