‘Avatar’: It’s all about the eyes 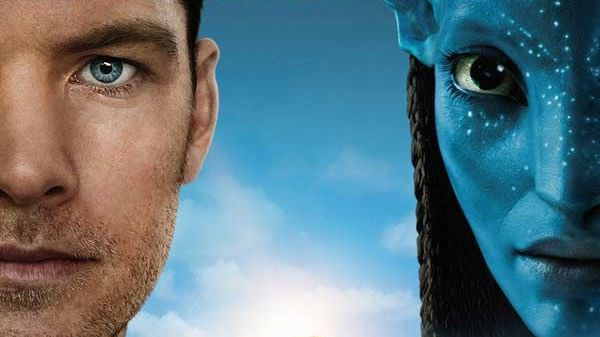 One of the most intriguing comments I heard while reporting the making of Avatar for Wired came not from James Cameron himself (though there were plenty of those) but from Richie Baneham, the film’s animation supervisor. Richie, revered among animators for leading the breakthrough realization of Gollum in The Lord of the Rings, was describing his technique for avoiding the “uncanny valley,” the weirdly lifeless look that creeped out viewers of earlier performance-capture productions like Beowulf and The Polar Express. “We as human beings will process an image to see if there’s something we need to look at,” he said in his soft Irish brogue, “with an emphasis on finding eyes.” This observation fascinated me: What does it say about us that we’re hardwired to seek out these small, photosensitive, very expressive, mostly gelatinous orbs? And what does it mean for the movie?

There’s an obvious evolutionary benefit, of course. That’s on display early in the movie, which I saw in 3-D at Friday’s New York press screening. Jake’s avatar, lost and alone at night in the hostile Pandoran jungle after he’s wandered away from his comrades, finally succeeds in lighting a pitch-dipped stick—and realizes to his horror that staring back at him are dozens if not hundreds of eyes. Where there are eyes there are teeth, and these eyes belong to a pack of viperwolves, a particularly vicious Cameron-invented species that’s sort of a cross between a hyena, a greyhound, and a meat shredder. Unfortunately, this realization comes too late for Jake to do much about it—barring a miracle, he’s not going to survive the night. (Don’t worry, there’s a miracle: Her name is Neytiri, and she kicks viperwolf butt.)

But this isn’t the first time in the movie that Cameron focuses our attention on eyes. The opening shot is an extreme close-up of Jake (Sam Worthington, seen above in a detail from the French movie poster). What we see is one of his eyes, viewed from above in a clinical fashion, the camera seemingly just inches away. This is followed by an even more discomforting shot of the same eye viewed from the side, so close you can make out the cornea resting atop his iris. It’s safe to assume that a lot of what Cameron wants to say in this picture has to do with eyes, or seeing, or both.

This is where the uncanny valley comes in. At some level, Avatar is a two-and-a-half-hour demo reel to show off Cameron’s mastery not just of 3-D but of performance capture. Eyes have always been the weak link in this technology. Performance capture uses an array of infrared cameras to record the movement of reflective dots that have been painted onto an actor’s face and bodysuit, but you can’t very well put dots on someone’s eyes. That’s why performance capture movies look creepy—the eyes are dead, so everything looks wrong.

Cameron’s (and Baneham’s) solution was to build head rigs that would point a tiny camera back at the actors’ faces during performance capture. That way they’d have a complete visual record of every eye movement and every facial expression. When I first saw footage from the movie last spring, I marveled at Jake’s avatar’s eyes—the way they darted about the jungle when the viperwolves were menacing him. When I saw the entire movie, I actually forgot to notice. That’s how good the effect is.

But Cameron’s focus is not only on his actors’ eyes; it’s also on ours. Together, the stereo camera system he helped invent and the RealD projection technology he encouraged represent an elaborate attempt to mimic onscreen what our eyes do naturally, which is to see in three dimensions. When I first met him, in Montreal in 2006 on the set of Journey 3-D (the first feature film to use his stereoscopic camera rig), he was spouting 3-D arcana—interocular this and beam-splitters that—in what seemed to be an attempt to think through his technique. A lot of it was over my head at the time, but no matter: It worked. With Avatar he has delivered on his stated goal, which was to use 3-D not as a gimmick—the old sword-in-your-face routine—but to draw you in to the world he has created. The point of 3-D is depth, after all, and Avatar provides depth galore.

I think there’s a third reason for Cameron’s focus on eyes in this movie, and this one has more to do with story than with technology. Avatar is essentially about our inability to see the world and what we’re doing to it. Hence that opening close-up of Worthington’s eye: As the movie develops, Jake wakes up. He becomes a person who sees.

Avatar is a cautionary tale. It’s not subtle—a lot of people are going to complain that Cameron is being heavy-handed, and they’ll have a point. But at a time when only 36 per cent of Americans and 41 per cent of Britons believe climate change is due to human activity, subtlety doesn’t really seem called for. In Avatar, humans living 145 years in the future are laying waste to Pandora because they have to—they’ve already destroyed their own planet, and Pandora harbors a rare mineral that’s critical to survival. If our eyes could ever be as good as Jake’s become, we might not have to go to Pandora in the first place.